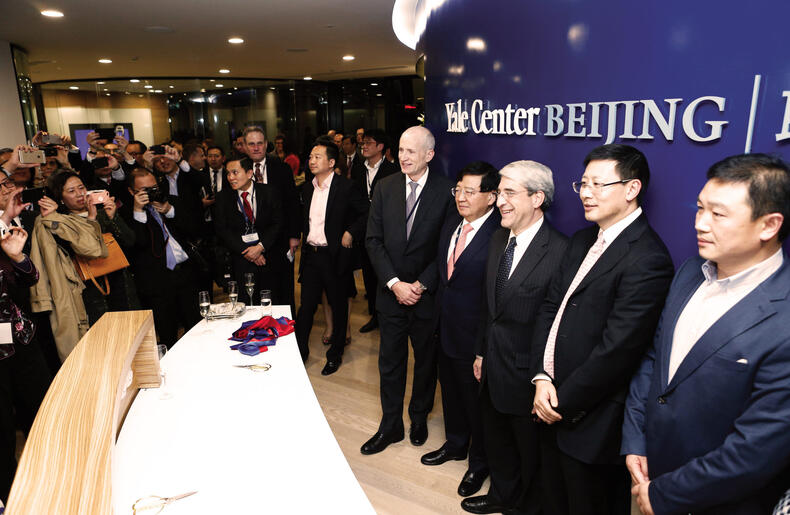 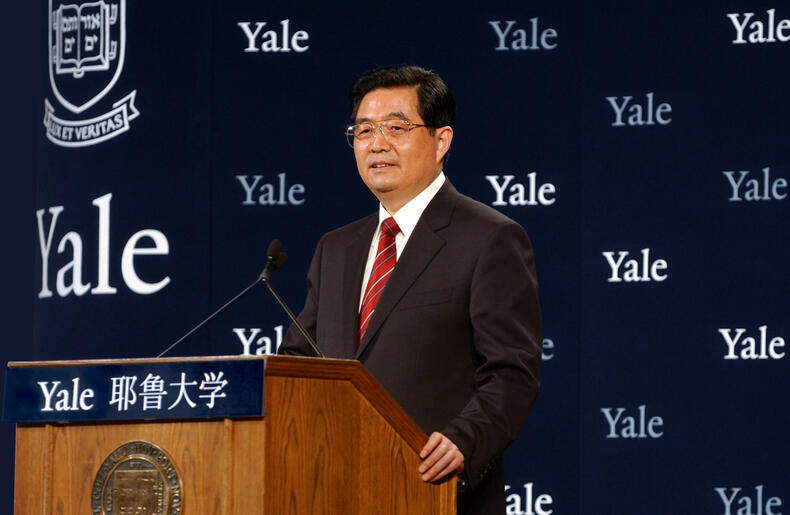 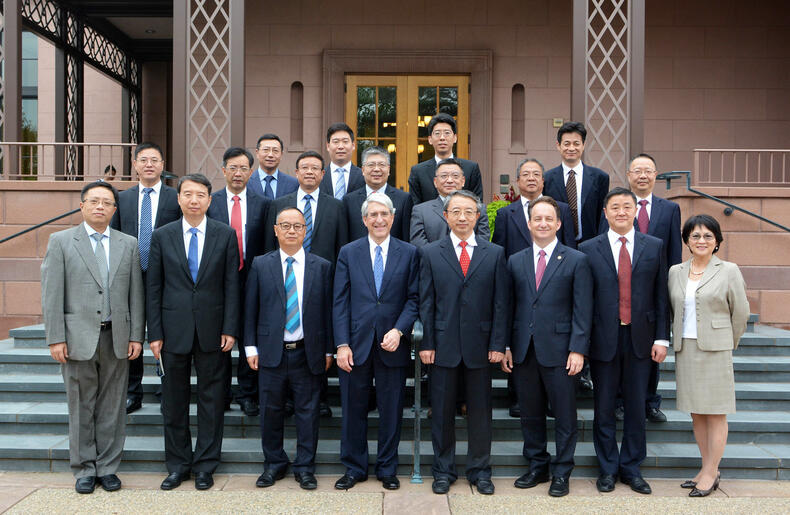 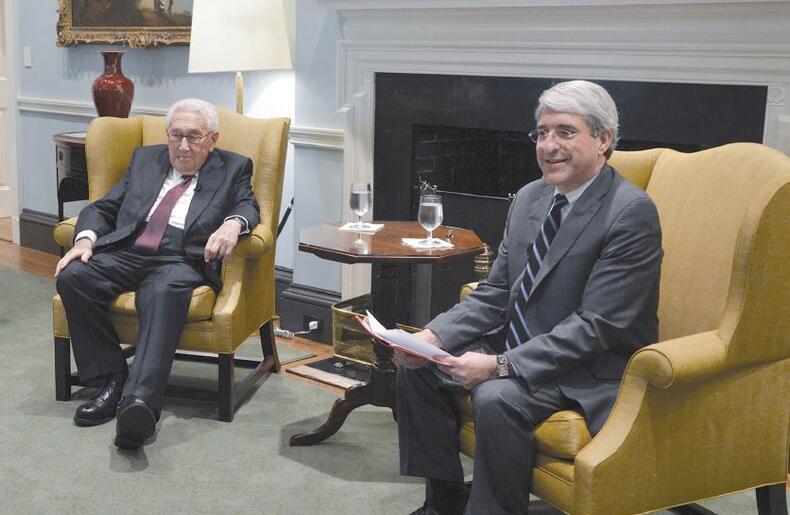 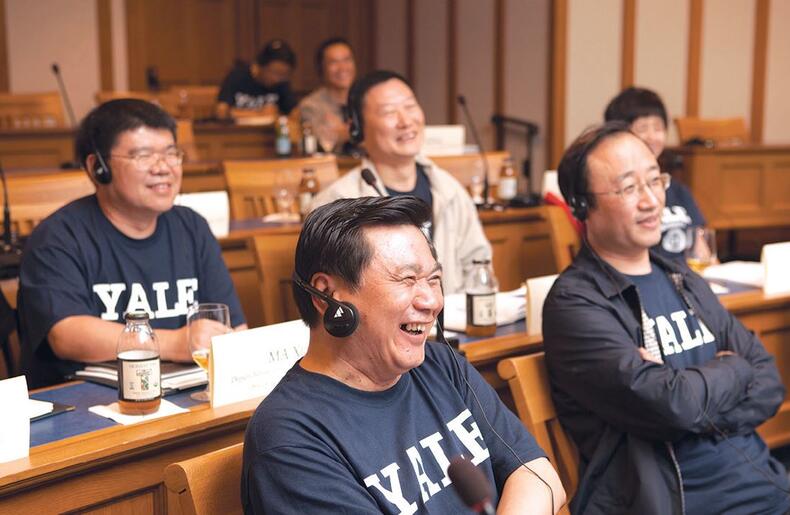 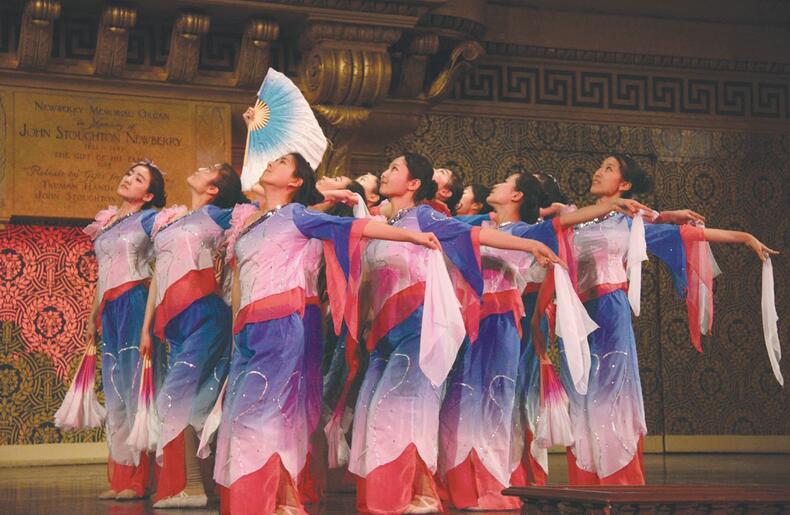 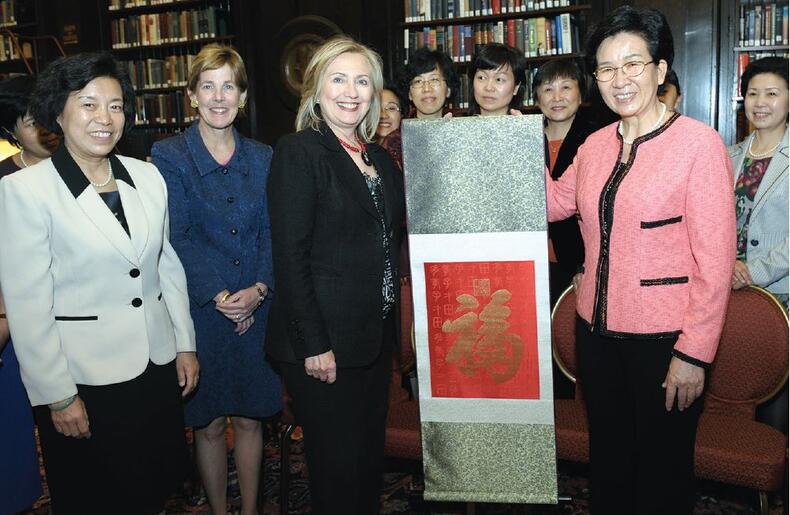 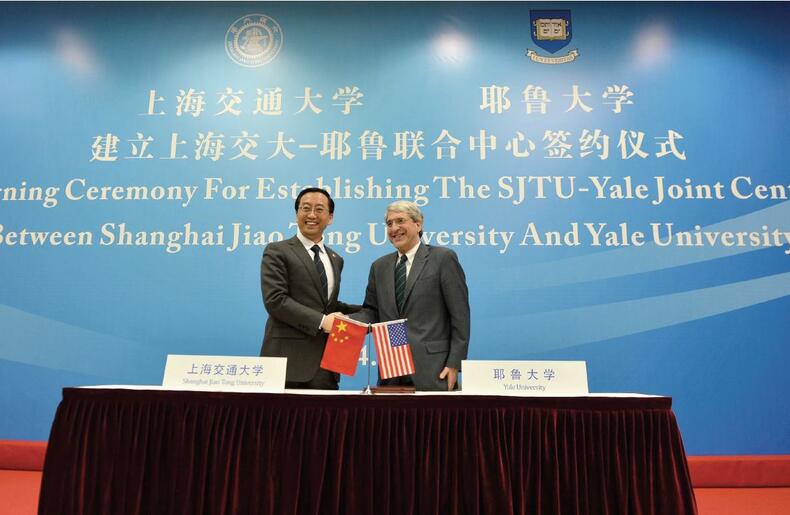 Photos of Yale and China events.

Yale University enjoys the distinction of having the deepest relationship with China of any university in the United States with ties dating back to 1835. Yung Wing became the first person from China to earn a degree from an American university when he graduated from Yale College in 1854.

Yale and China’s collaborations and programs stand as examples of how global universities are educating leaders and advancing the frontiers of knowledge, not simply for their own countries, but also for the entire world.

This unique relationship has grown dramatically stronger over the years through joint educational and research projects, student and faculty exchange programs, and an ever-increasing number of Chinese students and scholars at Yale. These student exchanges have developed cross-cultural understanding, and joint research has led to groundbreaking discoveries.

The Yale Alumni network thrives with over 1,300 alumni living in China. There are regional Yale Alumni Clubs in Beijing, Hong Kong, Shanghai, and Shenzhen.

Yale also has developed and continues to develop dual degree programs and other academic exchanges in partnership with key Chinese universities. These include:

Yale provides a range of opportunities for students from China to take classes with Yale students including summer courses and formal exchange programs. During the summer, Yale offers special programs on campus for students from five Chinese universities. In addition, selected undergraduates from Hong Kong University can attend Yale during the academic year through the Yale Visiting International Student Program (Y-VISP), an honors program designed for undergraduate students from partner institutions.

The China Scholarship Council–Yale World Scholars Program in the Biological and Biomedical Sciences started in 2006 recruits top graduates from nine premier institutions in China for enrollment in Yale’s renowned Program in Biological and Biomedical Sciences (BBS). The CSC-Yale World Scholars Program in Public Health was founded in 2017 to recruit students for study at the Yale School of Public Health. Both programs bring graduates from leading universities in China to Yale for graduate studies in order to train leaders who can contribute significantly to research in China.

Hundreds of Yale students travel to China each year to participate in study abroad programs or conduct independent research. There are a number of programs for Yale students in China including: the Richard U. Light Fellowship, which funds Yale students for intensive language study in China; the Yale International Internship Program, which provides undergraduates with summer internship placements in China and other countries; the Fox International Fellowship program, which is a direct two-way student exchange partnership with Fudan University, and; the Council on East Asian Studies Field Research Grants, which provide funding for Yale graduate students in the Arts and Sciences to conduct research in China.

Yale and China CTA One Two

The program brings together senior administrators from China’s leading universities to introduce models of structure, organization and best practices they might adapt to their own needs.

Opened in the fall of 2014 and housed in a 16,500-square-foot space in the Chaoyang District of Beijing, Yale Center Beijing is an important convening space and intellectual hub.

The center sponsors programs for advancing the rule of law in China and for the study and advancement of U.S.-China relations more generally.

The MacMillan Center’s Council on East Asian Studies is Yale’s interdisciplinary hub for the study of all aspects of East Asia and its constituent peoples, cultures, and societies

To receive updates about Yale and China efforts, subscribe to our newsletter. 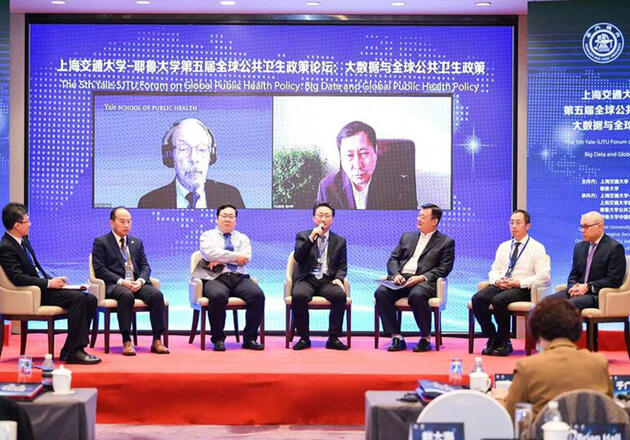 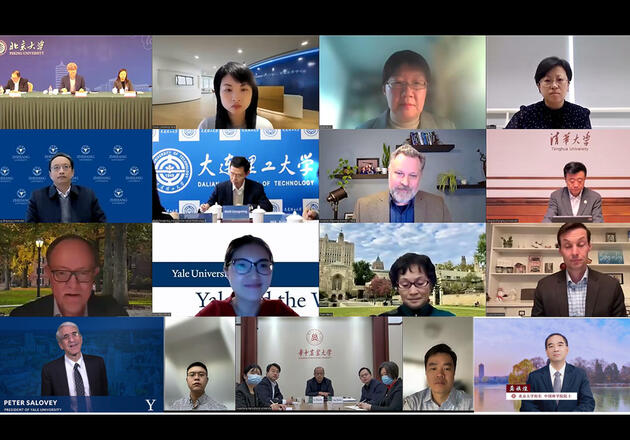 On December 5, 2022 leaders of top universities in China met over Zoom with Yale officials and faculty to share perspectives on online teaching and learning on their campuses. This year’s program was co-hosted by Peking University and Yale.  Yale President Peter Sa... 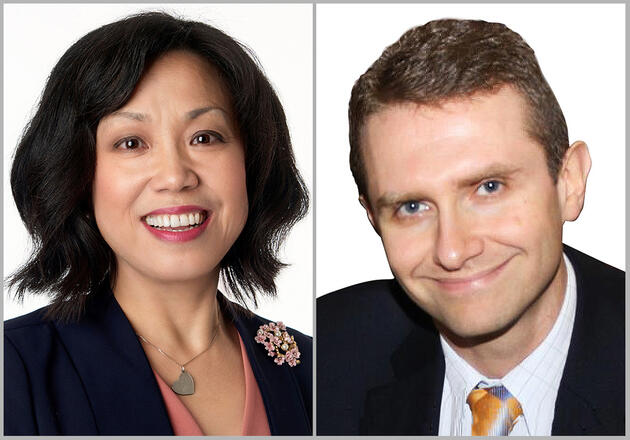 In order to better understand the degree and nature of anti-Asian racial aggression and trauma experienced by Asian-American early educators during the COVID-19 pandemic, Yale Child Study Center research faculty members Tong Liu and Walter Gilliam have launched the Asian-Ameri... 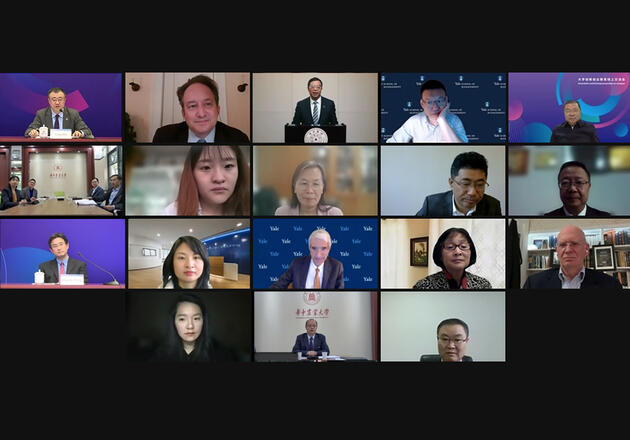 On October 27, leaders of nine top universities in China met over Zoom with Yale officials and faculty to share perspectives on creating innovation and entrepreneurship ecosystems on their campuses. Tsinghua University hosted the event, which was the most recent convening of t... 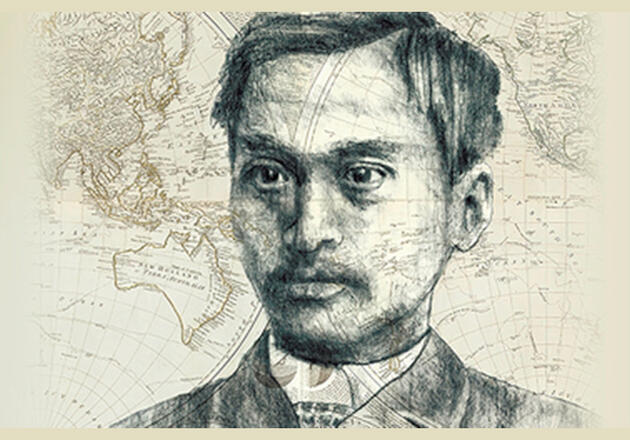 Neither here nor there: Yan Phou Lee in America

In 1873, 12-year-old Yan Phou Lee left China to study in the United States. Over the next 50 years he became a popular orator, the first Asian American to publish a book in English, a fierce opponent of anti-Chinese prejudice, and a graduate of the Yale College Class of 1887 &... 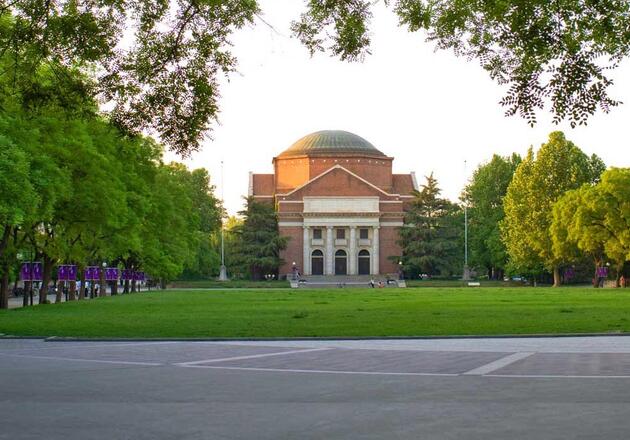 Peter Salovey participates in The Global Forum of University Presidents

A consensus was released by China's Tsinghua University on Saturday to promote closer cooperation with global universities. The consensus highlighted the importance of building more open, integrative and resilient universities all over the world. During the Global Forum o... 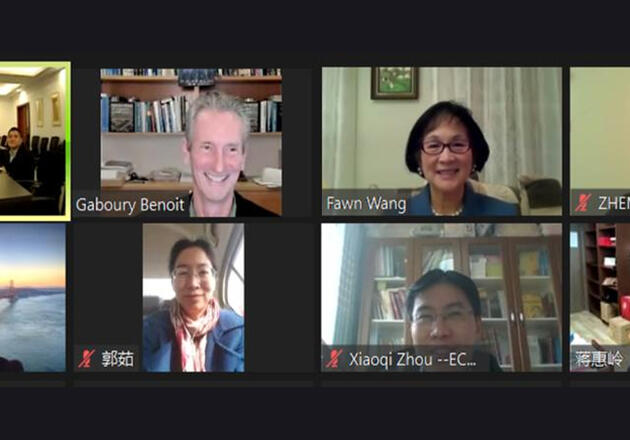 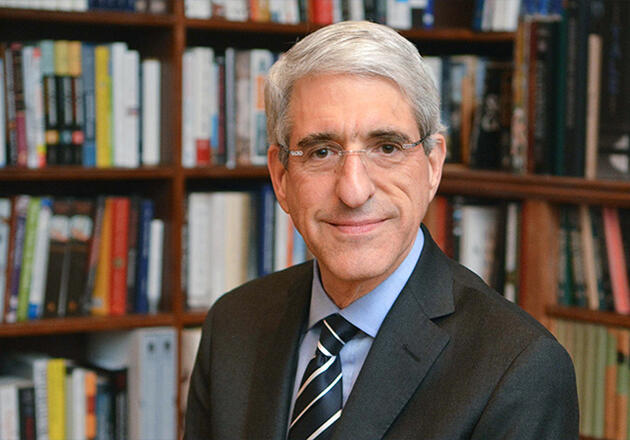 To help celebrate the start of the Chinese New Year, Yale President Peter Salovey extended New Year’s wishes to all who are celebrating. In his remarks, President Salovey noted the immeasurable contributions made by Chinese students and scholars to Yale. He also emphasiz...
View All News