Yale enjoys the distinction of having the deepest relationship with China of any university in the United States, with collaborations begun in 1835 to the present.

Since its founding in 1701, Yale has grown dramatically from a small school designed to educate students for “Publick employment both in Church and Civil State” to the world-class university it is today. Throughout its long history, Yale has fostered connections with countries across the globe and embarked on a number of international initiatives and partnerships. Of particular note is Yale’s connection to China: Yale enjoys the distinction of having the longest—and arguably, deepest—relationship with China of any university in the United States.

Yale’s relationship with China began in 1835 with the work of a remarkable man, Peter Parker (B.A. 1831, M.D. 1834). A Yale graduate, doctor, and ordained minister, Parker was responsible for a series of “firsts” in China. After becoming the first Protestant medical missionary to travel to China in 1835, Parker opened China’s first Western-style hospital, the Ophthalmic Hospital; became the first doctor to introduce modern anesthesia to China; and even negotiated the first treaty between the United States and China, the Treaty of Wanghia. Parker also kept meticulous notes about daily life and medical treatments in 19th century China, and today, his papers and medical illustrations can be found in the Yale Medical Library’s collection. 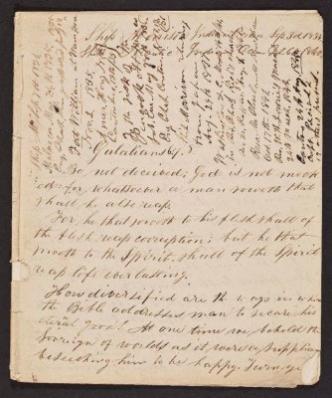 Yale’s connections to China grew rapidly over the 19th and 20th century. In 1854, Yung Wing graduated from Yale College and became the first person from China to earn a degree from an American college or university. He later gifted a substantial portion of his personal library to Yale to form the basis of the Yale East Asia Library’s Chinese collection, which has grown to over 520,000 volumes and is considered one of the major collections in the United States.

Not long after, in 1878, Yale appointed its first professor of Chinese language and literature, Samuel Wells Williams. With this appointment, Williams, a noted missionary and diplomat who had spent many years of his life in China, became the first professor of Chinese language and literature at any American university. In the same year, Zhan Tianyou, a student from Namhoi, China, entered Yale’s Sheffield Scientific School—now integrated with Yale College—and graduated in 1881 with a Ph.B. in Civil Engineering and a strong interest in railroad construction. He returned to China after graduation, where he would make his legacy as the “Father of China’s Railroad” by leading the design and construction of several of China’s first railroad lines.

In 1901, the Yale-China Association—originally known as the Yale Foreign Missionary Society—was founded by a group of Yale graduates and faculty members committed to establishing a “new kind of Christian mission” that would share Western liberal arts education and Western medicine with China. The group was nondenominational from the beginning and by the 1920s had founded one of the first Western medicine clinics in China, which became “Hsiang-Ya” (or Hunan—Yale) Hospital, as well as the Xiangya School or Nursing, Xiangya Medical College and “Yali” (or Yale) High School—all of which still exist today and maintain ties to Yale. Re-incorporated in 1934 as a secular organization, the Yale-in-China Association, and in 1975 as the Yale-China Association, the organization was also involved in the founding and development of Hong Kong’s New Asia College (now one of the constituent colleges of the Chinese University of Hong Kong.

The organization continues to exist today and supports multiple programs focused on education, health, and the arts. Among their most renowned programs are the Yale-China Teaching Fellowship, which enables recent Yale graduates to take on two-year teaching appointments in China, Chia Fellowships, which bring women in the health professions to Yale Medical and Nursing Schools for six-month training fellowships, and the Yale-China Arts Fellowship, which brings emerging Hong Kong artists to New Haven for a six-month residency. 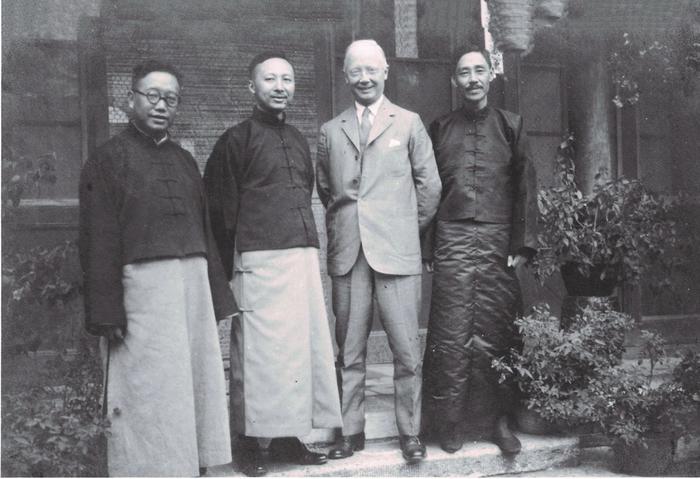 The co-founders of Yale-in-China’s Xiangya Hospital and Medical School were Yale graduate Dr. Edward Hume and Dr. YAN Fuqing, the first Chinese graduate of Yale Medical School, who became president of Xiangya School of Medicine and later founded Shanghai School of Medicine. In this photograph taken circa 1913, Drs. Hume and Yan (third and fourth from right) meet with officials of the Hunan Provincial Government.
Photo credit Yale-China Association

Yet another connection to China came from the establishment of the Council of East Asian Studies at Yale University (CEAS). The council was created in 1961 to facilitate the training of undergraduate and graduate students, and to foster outstanding education, research and intellectual exchange about East Asia. Today, the council continues to promote education about East Asia both in the Yale curriculum and through lectures, workshops, conferences, film series, cultural events, and other educational activities open to students, faculty, educators, and the general public.

Beyond education, the bond between Yale and China was further cemented in politics. In 1974, the future U.S. President George H. W. Bush ’48 was appointed U.S. Liaison to China. Bush was effectively the first U.S. ambassador to the People’s Republic of China, and was followed by Yale graduates Winston Lord ’51, Clark T. (Sandy) Randt, Jr. ’68, and Gary Locke ’78, who became U.S. ambassadors to China in later years.

Yale’s relationship with China has continued to flourish. Today, nearly 800 Chinese students are at Yale. Chinese students and scholars represent, by far, the largest group from any foreign country in residence at Yale. The partnership between Yale and China has extended to educational and exchange programs on campus and in China, including the The Richard U. Light Fellowship and undergraduate internships program, among others. Over 150 Yale faculty are pursuing a broad array of research, educational, and training activities in and related to China. Currently, Yale faculty members are engaged in projects in 22 cities involving scores of Chinese universities, hospitals, research institutions, and other organizations.

Selected highlights from recent years include:

Peter Parker could not have realized the rich partnership he began when he first traveled to China in 1835, but the University is nonetheless indebted to him for beginning what has become one of Yale’s strongest international partnerships. The relationship between Yale and China has thrived since Parker’s time and there is no doubt that it will continue to grow and expand in the years to come.