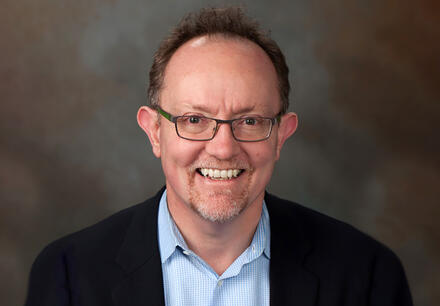 Steven Wilkinson, the Nilekani Professor of India and South Asian Studies, will be Yale’s Vice Provost for Global Strategy. An expert in political science and international affairs, Wilkinson will assume responsibility for Pericles Lewis’s global strategy portfolio as Lewis transitions into his new role as dean of Yale College beginning July 1, 2022.

Alongside his new role, Wilkinson will continue to serve as the Henry R. Luce Director at the Whitney and Betty MacMillan Center for International and Area Studies.

“Steven Wilkinson has demonstrated his leadership as a transformative director of the MacMillan Center, a member of important committees on global strategy and research continuity, and a participant in the founding of the Yale Jackson School,” said Pericles Lewis. “I am delighted that he will be leading Yale’s global strategy going forward.”

Of his new role, Wilkinson said, “I am pleased to accept this appointment because it will give me the opportunity to help shape our international engagements and align them even more with our faculty and student research interests.”

“The last few years have highlighted how intrinsically linked our work at Yale is with the broader world in which we operate,” Wilkinson said. “It is a challenging, exciting time to consider how we can best align the university’s strategy with our mission of making a positive global impact. I am grateful for the opportunity to carry forward and build on the incredible work already underway.”

A member of the Faculty of Arts and Sciences (FAS), Wilkinson is an accomplished scholar of comparative politics and an elected member of the Academy of Arts and Sciences. He is the author of books and articles on South Asian politics and colonial legacies for democracy and conflict, including “Army and Nation: India’s Military and Democracy since Independence” (Harvard, 2015) and “Votes and Violence” (Cambridge, 2004), a recipient of the American Political Science Association’s best book award.

His previous leadership roles include serving as the chair of the Department of Political Science from 2014-2019, as deputy chair of the FAS Faculty Senate from 2020-21, and as acting FAS Dean of Social Science from 2021 to 2022. Importantly, his oversight as chair of one of Yale’s international research committees enabled the continuation of critical university research during the early stages of the pandemic.