I write to announce the appointment of Philip S. Gorski, Professor of Sociology and Religious Studies, as the faculty director of the New Haven Office of Yale-NUS College, effective July 1, 2020. 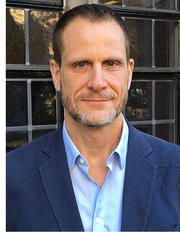 Phil’s knowledge of and involvement with Yale-NUS College is extensive. He currently serves as chair of President Salovey’s Yale-NUS College Advisory Committee and has held an appointment as a Contributing Faculty Member at Yale-NUS College since 2017. Phil spent the Spring 2015 and Spring 2018 semesters teaching at Yale-NUS. His service to Yale-NUS also includes mentoring faculty and students, consulting on the design of the Yale-NUS common curriculum, and membership on faculty search committees.

Phil is a comparative-historical sociologist with strong interests in theory and methods and in modern and early modern Europe. His empirical work focuses on topics such as state-formation, nationalism, revolution, economic development and secularization with particular attention to the interaction of religion and politics. He is a co-director of Yale’s Center for Comparative Research (CCR), and co-chairs the Religion and Politics Colloquium at the Yale MacMillan Center.  Phil earned his Ph.D. from the University of California, Berkeley, his B.A. from Harvard College, and his A.A. from Deep Springs College.

Yale-NUS College has maintained an office in New Haven to facilitate on-going programming and continued institutional collaboration since the College was founded in early 2011. The office initially provided the expertise and administrative support necessary to develop key aspects of the new college including admissions and financial aid, finance and operations, recruitment of senior leadership and faculty, and the creation of institutional policies and procedures. The New Haven office staff focus on strengthening and extending the relationship between the two institutions, whether by encouraging and facilitating individual visitors to travel between the campuses, supporting the Yale-NUS Governing Board and senior leadership, or exploring ways to expand institutional collaborations. 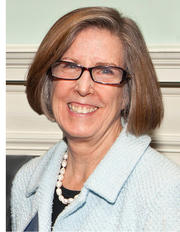 The current director of the New Haven office, Kel Ginsberg, is retiring at the end of August. Arriving at Yale in 2001, Kel contributed in important ways to the launch and development of two unique Yale international endeavors – the Maurice R. Greenberg World Fellows Program and Yale-NUS College. She and her team received the 2017 Linda K. Lorimer Award for Distinguished Service. I would like to express my deep gratitude to Kel for her dedicated work on the Yale-NUS partnership since its beginning almost a decade ago. We now look forward to the next decade of Yale-NUS College with great optimism for what the future holds.

Please join me in extending best wishes to Kel Ginsberg on the occasion of her retirement and congratulations and a warm welcome to Phil Gorski.