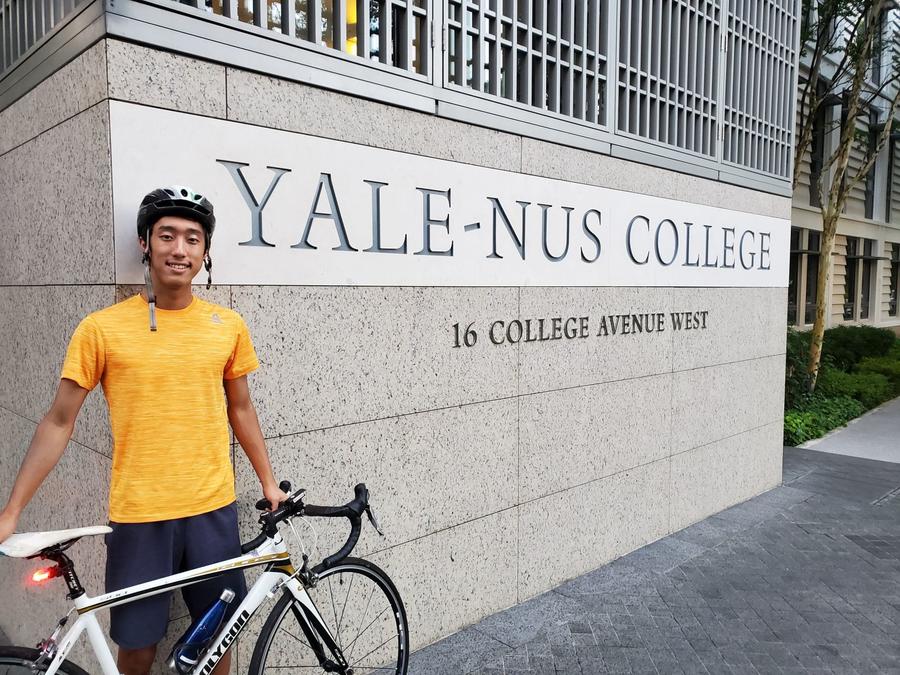 For Yale students considering studying abroad, Yale-NUS College offers the unique opportunity to experience a new culture while maintaining access to the types of resources and community structures available at Yale. Ken Tanaka ’21, a Global Affairs major studying at Yale-NUS this semester, appreciated the close ties between Yale and Singapore when making the decision to go abroad, and saw the program as an opportunity to learn more about Asian politics, history, and economics.

Wanting to experience the different cultures in Asia for himself, Tanaka explained that Yale-NUS College had many of the qualities he was looking for in a study abroad program, while Singapore offered a place in which he could easily live and travel. “Being Asian-American and a Global Affairs major, the program in Singapore was a perfect fit for both my cultural and academic interests. I also wanted to go to a place where English was one of the languages spoken frequently, which ruled out other parts of the world,” he said.

Although he is only a few weeks into his time at Yale-NUS, Tanaka is looking forward to forging new connections, gaining deeper understandings, and making a lasting impact on the Yale-NUS community. He added, “And of course, I want to get to see the city, eat great food, and have lots of fun.”

Tanaka anticipates his experience studying at Yale-NUS will continue to impact his studies, and even his career, long after he has returned to New Haven. “I would love to work in some role, either in the United States or somewhere in Asia, that relates to United States foreign policy and the Asia-Pacific region. Singapore is such an important hub and strategic location, and I think being here will help me learn more about Asia’s place in international relations,” he said. Now fully immersed in his studies, Ken joins the growing number of Yale students who are experiencing for themselves how much Singapore and Yale-NUS have to offer.