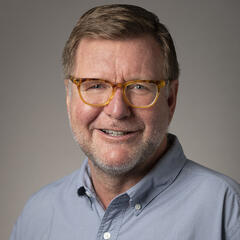 Westad, the Elihu Professor of History, is a scholar of modern international and global history, with a specialization in the history of eastern Asia since the 18th century. His current research is focused on histories of empire and imperialism, first and foremost in Asia but also world-wide, and on the present-day rise of China. He teaches in the History Department and at the Jackson Institute for Global Affairs and is a fellow of Davenport College. Westad is a member of the British Academy and of several other national academies.

“Arne is a distinguished global historian whom we were pleased to welcome to Yale in early 2019,” Lewis wrote in his announcement. He added that in taking on this new role next year Professor Westad will make “a substantial contribution to ISS to continue its well-deserved reputation as a vibrant place where academics in history, political science, and related disciplines gather to discuss pressing global challenges.”

Established by the provost in 1988 to promote collaboration among various faculty projects and funding applications, ISS supports new endeavors and ideas in the fields of international history and security studies. Its primary focus is on training and mentoring the next generation of scholars in international security and serving as an incubator for projects that blend theoretical rigor with historical depth on matters of international importance. Each year ISS activities include hosting lectures, dinner debates, conferences, colloquia, and discussion groups.

In addition, Lewis announced that Paul Kennedy will serve as interim director of ISS for the coming year. Kennedy, the J. Richardson Dilworth Professor of History, and Distinguished Fellow of the Brady-Johnson Program in Grand Strategy, previously served as director of ISS since shortly after its founding, from 1989 until 2017. He will also continue to serve as the director of the maritime and naval studies initiative.

“Paul is internationally known for his writings and commentaries on global political, economic, and strategic issues and I cannot think of a person better suited to take on the responsibilities of directing the transition of this important initiative as he played such a key role in its creation,” Lewis wrote in his announcement. “I am deeply grateful for his more than thirty years of involvement in ISS and the remarkable commitment he demonstrates in agreeing to serve in the capacity of interim director. It is greatly appreciated.”

Lewis also thanked outgoing director Nuno Monteiro for his service to ISS, noting that during his tenure he made substantial contributions, including improvements to broaden its communication initiatives and enhance its Speaker Series of lectures, as well as  establishing a Reading Group in Grand Strategy and International Security which meets weekly, and hosting several important conferences.

“Please join me in extending thanks and best wishes to Nuno Monteiro, appreciation to Paul Kennedy for taking on the role of interim director, and congratulations to Arne Westad on his appointment as director beginning next summer.”