More than a few times in the past couple of years people have told Indy Burke that there’s a research station in Kenya that she simply had to check out. The Mpala Research Centre, a 48,000-acre site where wild elephants and zebra mingle with herds of livestock, is a conservation scientist’s dream.

Each year the research station, located in the shadow of Mount Kenya, invites scientists, educators, and students from across the world to study important questions around conservation policy and wildlife, soil science, and the complex intersection of pastoralists, ranchers and wildlife. 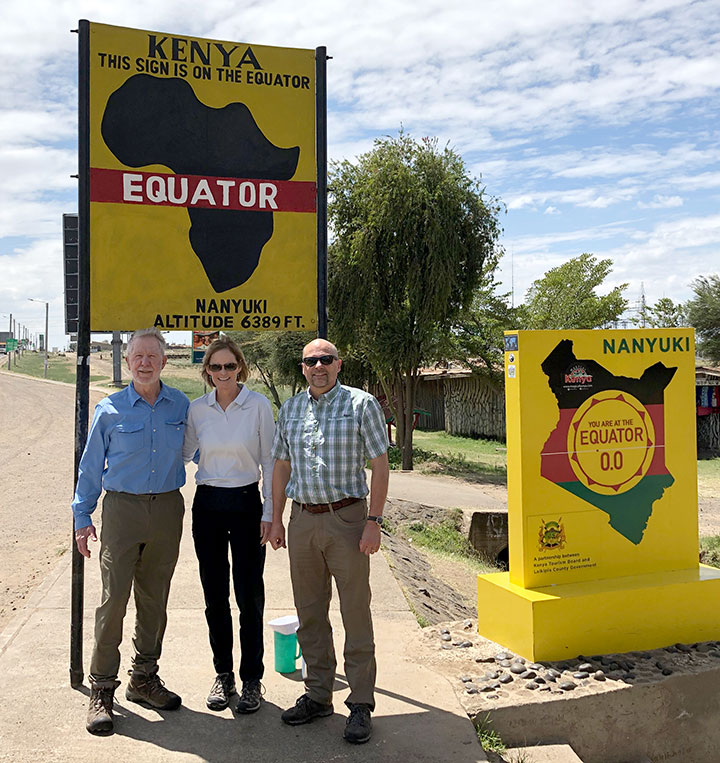 In January, Burke, the dean of the Yale School of Forestry & Environmental Studies (F&ES), had a chance to see for herself. During a trip to Africa, sponsored by James Leitner ’75 B.A., a member of the F&ES Leadership Council, Burke and two other F&ES faculty members — Oswald Schmitz and William Lauenroth — explored potential areas for collaboration at Mpala and elsewhere.

They were impressed with what they saw.

Almost immediately they identified potential research projects. But the opportunities, they say, could run far deeper; they foresee the possibility of a long-term, formalized arrangement that could create new areas of collaboration, teaching, and student internships.

While the School has a long history of interaction with Africa — from research and student learning, stakeholder engagement and professional training — the opportunities in Mpala hold the promise for a long-term arrangement that could re-shape the experience for the next generation of F&ES scholars.

“Yale is very much interested in forging closer relationships with organizations and leaders across Africa,” Burke said. “This is an opportunity to really do something tangible.”

In many ways, Mpala is unique among research centers in Africa. With support from its partner organizations — which include the Smithsonian Institution, Princeton University, and the Kenya Wildlife Service — the center has developed state-of-the-art laboratories that enable researchers to perform complex analyses on the premises.

Critically, this makes it easier for scientists to conduct biological research at Mpala, particularly since international laws can make it difficult to transport materials between nations. It also helps Kenyan officials protect intellectual properties developed in country, said Schmitz, Oastler Professor of Population and Community Ecology at F&ES.

In addition, the center hires only Kenyan citizens to major staff positions, assuring that local communities will receive critical training and economic benefits, and has developed a school for the surrounding community.

Then there’s the stunning, diverse landscape. Characterized by a mix of semi-arid savanna, acacia bushland, wooded grasslands, and riverine habitats — as well as diverse and abundant wildlife — the land is rich with research possibilities. A working cattle ranch on the land, as well as its proximity to traditional pastoralists and private ranches, promotes innovative research on the impacts of grazing on the natural world.

Schmitz envisions being able to take the masters students enrolled in his own conservation course to the field for hands-on experience, as well as opportunities for masters and doctoral students to conduct original research. In fact, he hopes that he will be able to advance his own research into predator-prey relationships and how they influence the critical cycling of carbon in a landscape. 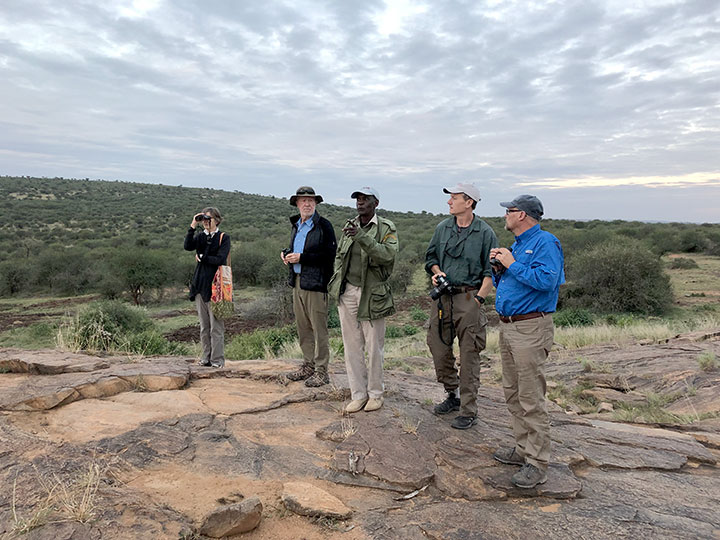 But at Mpala, he said, the opportunities transcend the natural and social sciences. As in other regions, the division of land, land use change, and the growth in human settlement has made it increasingly difficult for pastoralists — who have grazed for several hundred years — to find space in many parts Kenya.

This growth in human population and livestock has resulted in the remaining lands being overgrazed; coupled with changing climate pastoralists are facing challenging times. There’s a growing desire to understand how these dynamics affect the land — and to identify conservation and land use strategies that allow everyone to stay on these landscapes.

“In addition to being a fantastic place to do research, this region can expose students to these long-term conflicts that are going on all over the world,” Burke said. “There are great opportunities for students to be working on real, tractable problems.”

In fact, it’s an area in which Yale adds an important element, Schmitz says. “They typically don’t have the opportunity to work closely with the economists, social ecologists, and other kinds of students that we have in this school who are already thinking about these things and could bring a wonderful dimension to the conservation question,” he said.

The benefits can work both ways, added Helen Gichohi, a Kenyan ecologist and former president of the African Wildlife Foundation.

“Kenya’s conservation sector requires strong partners to bring rigor to applied wildlife conservation and land management research,” said Gichohi, who recently spent several months at Yale as the 2019 Dorothy S. McCluskey Visiting Fellow in Conservation at F&ES. “A partnership with Yale, one of the top universities in the world, can only be a boon to the country’s efforts to better manage its lands for integrated conservation and livestock use.”

During a five-day visit in Mpala, the F&ES group was able to get into the field several times, examining the region’s soil and climate conditions and learning about some of the ongoing research projects (including one, on lion genetics, that involves one of Schmitz’s current students). They visited with ranchers and pastoralists, and enjoyed the region’s iconic wildlife.

During a hike up Mount Kenya, they were able to “geek out” on changes in ecosystems and plant species. “And most mornings before dawn, we went out on wildlife drives,” Burke says. “It was amazing.”

They also traveled to the Ol Pejeta Conservancy, a nonprofit near the Mpala Ranch, where Burke and Lauenroth were able to observe grasslands similar to those they study in the American West.

At Ol Pejeta, Lauenroth, a drylands ecologist and Professor in the Practice at F&ES, asked the conservancy’s CEO, Richard Vigne,  if land managers had considered using some of their croplands for livestock grazing. The strategy, often used on ranches in the U.S. West, typically has negligible effects on the crops if timed correctly; in fact, it sometimes has positive impacts. In Africa, Lauenroth suggested, allowing young calves to graze in fence-protected croplands would offer temporary protection from large carnivores — such as lions and cheetahs — and perhaps also provide valuable calories that could improve their chances for survival.

Leaders at Ol Pejeta were excited enough by the concept that they promised Lauenroth 200 calves and access to their wheat fields for future research. Whether or not it becomes a long-term experiment, Lauenroth said, it’s the kind of project that can turn into life-changing experiences for researchers and students alike.

“I imagine that a lot of young people will be fascinated to think about these opportunities, and to travel to a place like Kenya,” he said. “I think the appetite for those kinds of opportunities is nearly infinite.”

Such opportunities could present a valuable chance to forge lasting connections with communities and researchers in that part of Africa, says Schmitz.

“We have had relationships there to be sure,” Schmitz said. “But we haven’t really rolled up our sleeves and been willing to stand side by side with people in-country and work with them and learn from them. And the time for that is ripe.”